Mercedes Benz has launched a new electric sedan that they will believe will give Tesla a run for its money and help them dominate the EV war.

The 2022 Mercedes-Benz EQS was unveiled on Thursday and is set to be part of the S-Class family. The car is expected to be available in the US later this year.

“The EQS is designed to exceed the expectations of even our most discerning customers,” said Mercedes-Benz and Daimler CEO Ola Kaellenius in a presser.

“That’s exactly what a Mercedes has to do to earn the letter ‘S’ in its name. Because we don’t award that letter lightly.” 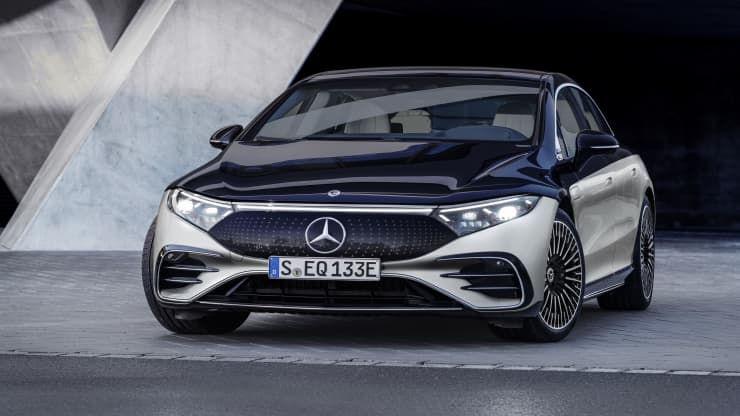 “They started at the top,” Jessica Caldwell, executive director of insights at Edmunds.com.

“This is similar to what we’ve seen with some of the other automakers. It’s their most expensive vehicle that is going to come out first.”

Mercedes went for a futuristic interior, opposite to what Tesla has used. The car is also very luxurious compared to Tesla.

“I think Mercedes Benz is going to do a great job on EVs,” said Brian Moody, executive editor at Autotrader.

He said they should be a formidable competitor to Tesla, which he attributes to really showing the auto industry “what people actually wanted when it comes to electric cars.”

“They didn’t want some economy box,” he said. “They want a performance car, with lots of luxury and they’ll pay for it.”