Hyundai has revealed its electrified modern-day Heritage Series PONY concept, which offers people a glimpse into future technologies while paying homage to its automaker’s history. 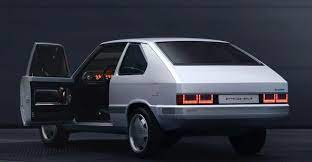 The original Hyundai PONY was manufactured from 1975-1990, as a compact four-door sedan with variations for multiple markets.

Hyundai opened a Motorstudio in Busan this month. This studio being the sixth worldwide is dedicated to uniquely design concept cars and art collaboration cars. The studio also offers interactive classes like electric vehicle design.

Hyundai has a “Reflections in motion” exhibition from April 8-June 27, where visitors are allowed to view unique concepts like the PONY EV.

According to the press release, “the Heritage Series PONY’s exterior is marked by a matte, shimmering surface of silver throughout front to rear part of the vehicle, hatchback silhouette. Notable features include camera-based, fender-mounted exterior mirrors to the fore of the windshield, pixelated round headlights, and U-shaped taillights made of LED lights.” 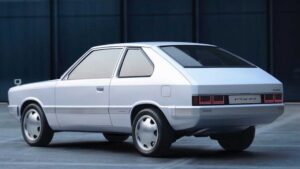 The interior of the EV offers a classic modern feel. It has a modern speed-gauging instrument panel that consists of lighted vacuum tubes resembling the early days of light bulbs. The interior also offers high-tech implementation among quality materials. 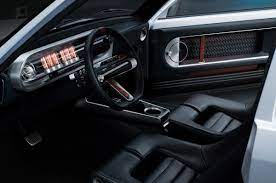 The EV has a digital touch transmission, a cradle space for your smartphone, a voice-activated steering wheel, and no cassette player.

The back of the vehicle features a solid steel case that houses a last-mile mobility device which according to the press it represents “Hyundai Motor’s human-centered design commitment.”