After months of rumors and leaks, the Apple iPhone 13 series is finally here

Apple’s iPhone 13 made its debut at Tuesday’s Apple event, along with the new Apple Watch Series 7 and iPad Mini 6. As was rumored, we’re getting four new versions of the iPhone — a base iPhone 13, 13 Mini, 13 Pro and 13 Pro Max — following a similar pattern to last year’s announcement of the iPhone 12 line.

You can preorder any of the iPhone 13 models starting Friday, Sept. 17. All models will be available to purchase on Friday, Sept. 24.

This marks a return to Apple’s usual iPhone release schedule, after the pandemic caused production delays for the iPhone 12 in 2020. It also confirms an August note to investors, reported on by MacRumors, in which Wedbush Securities analyst Daniel Ives revealed that Apple was likely to launch the iPhone 13 in “the third week of September.” 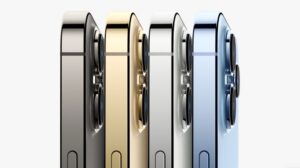 Tuesday’s Apple event — which was virtual again this year because of the pandemic — tends to be the company’s most important of the year. New iPhones represent about half of the tech giant’s revenue.

As is tradition, the series is getting an improved processor — all four models now offer Apple’s A15 Bionic chip. The new chip is based on the 5nm process, not a 3nm process as some rumors indicated. But it still should give an already super powerful chip a little extra oomph. It’s a 6-core CPU with two high-performance cores and four high-efficiency cores. 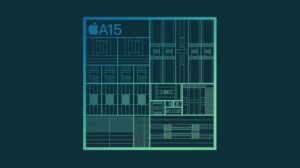 The storage amounts are being updated too. Apple has done away with the 64GB storage option, meaning that the base iPhone now offers 128GB. This will be helpful for those who like to store lots of files and media on their device — though those that rely heavily on cloud services may not notice much of a difference. And, there’s a new 1TB storage option too.

The devices have improved 5G performance too. Now, the device supports C-band 5G networks, which could play a large role in 5G deployment over the next few years.

The iPhone 12 series represented a big step forward for the iPhone’s camera, bringing larger camera sensors that perform better in low light. The iPhone 12 Pro Max in particular performed excellently in that respect. Apple is now bringing that tech to the entire iPhone 13 lineup. That should help devices offer better low light performance and stabilization. 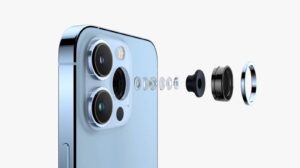 There are some other improvements to the camera, besides the sensor-shift tech. The devices have a larger 7-element wide camera, which has a larger sensor. And, the iPhone 13 Pro devices offer an improved 6-element ultrawide camera with an f/1.8 aperture. This ensures they can perform better in low-light conditions, plus it allows the device to take macro photography without the need for a dedicated macro camera. And, the telephoto camera on the Pro models finally offers up to 3x optical zoom, making for a total of 6x zoom range when you factor on the ultrawide camera.