The next generation of Samsung's foldable phones might be here soon.

An image was tweeted on Thursday by Evan Blass purported to show the yet-to-be-released Samsung Galaxy Z Fold 3 and Z Flip 3. A follow-up tweet with a second look at the presumed Z Fold 3 offers a peek at the refined rear-facing cameras and highlights support for a “Fold Edition” version of the S Pen.

That lines up with leaked promotional materials from May that showed a phone with pen support and a front-facing camera hidden beneath the screen.

As for the Z Flip 3, the apparent design changes include a new two-tone color scheme and a larger exterior screen for when the phone’s folded shut. 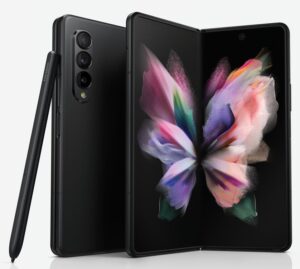 It’s unclear when the new phones will launch, but it’s a decent bet that we’ll see them soon, as Samsung plans to make a virtual appearance at Mobile World Congress later this month.

“At the event, Samsung will be showcasing how the Galaxy ecosystem of connected devices is set to provide people with even greater possibilities for enriching their lifestyles,” Samsung’s press materials read.

Microsoft Windows 11 Is A Free Upgrade